Via Antwerp. The Road to Ellis Island

The story of “Via Antwerp. The Road to Ellis Island” begins in the heart of continental Europe, from where it journeys to Antwerp by train, where it briefly dwells on the medical and administrative inspections in the historic buildings of the Red Star Line shipping company. Then it crosses the Atlantic and ends in Ellis Island. For decades, immigrants to the United States had to undergo a medical examination and be interviewed in Ellis Island before being admitted to the country. 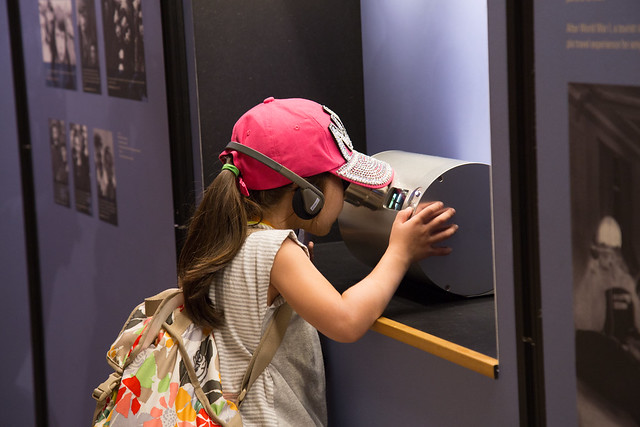 The processing buildings on Ellis Island are the mirror image of the buildings in Rijnkaai, Antwerp where the Red Star Line Museum is located. The “Via Antwerp” exhibition will run throughout the summer of 2016 in the temporary exhibition space on the first floor next to the Great Hall of Ellis Island, where immigrants waited to be interviewed.

If the walls of Ellis Island could talk, we would be astounded by the stories they could tell. This is where the final decision was made: who was admitted into the country, who was turned back (provisionally). The exhibition recounted the stories of passengers who underwent examinations at the Rijnkaai and in the Great Hall in Ellis Island. It also examines the role the Red Star Line played in the lives of such famous passengers as Albert Einstein and Irving Berlin. Also on display is a model of S/S Vaderland, the Red Star Line’s first ship and an amazing selection of posters designs by Henri Cassiers and drawings by Eugeen Van Mieghem and several other artists.

The exhibition was part of the official programme of the Centennial Year 2016, which celebrated the 100th anniversary of the U.S. National Park Service, which provides support to and protects the Statue of Liberty National Monument and Ellis Island. 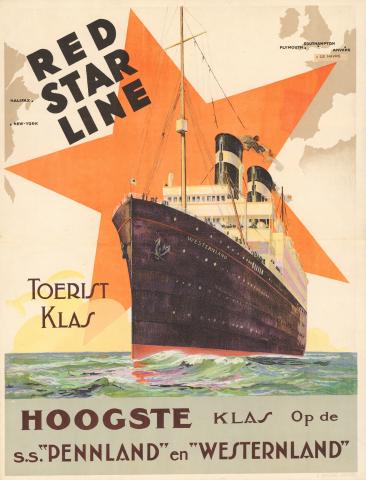