Many dozens of partner institutions were involved in the realization of the Red Star Line Museum. The museum has a long-term collaboration with several partners

Dozens of partner institutions and private donors or lenders have contributed to the creation of this museum. The museum has a long-term cooperation with some of its partners.

Friends of the Red Star Line

In 2009 the museum signed an agreement with the Friends of the Red Star Line. This non-profit association manages a unique collection of about 5,000 objects which it has made permanently available to the museum.

The museum already organised a joint exhibition with the Eugeen van Mieghem Museum in New York in 2006. It negotiated some private loans to the museum.
www.vanmieghemmuseum.com

In 2013 the museum signed a cooperation agreement with Familiekunde Vlaanderen (Family Studies Flanders). The association has made available a database with data about 100,000 Belgian emigrants to America.
www.familiekunde-vlaanderen.be

Important local loan partners include the Museum Plantin-Moretus (Prints Room), MAS, the House of Literature and the Royal Museum of Fine Arts Antwerp.

The museum can count on the support of international partners. Irving Berlin’s heirs helped the museum with an important permanent loan. The Ellis Island Museum and the Institute for Jewish Research YIVO granted the museum access to several dozens of interviews and the memoirs of immigrants, which in turn helped create the museum’s amazing collection of stories.

The museum is a member of two specialised international organisations:

AEMI (The association of European Migration Institutions) is an association of institutions and organisations in Europe that are interested in research and exhibitions related to migration.
www.aemi.eu

International Coalition of Sites of Conscience

Together with the Ellis Island Immigration Museum, the Lower East Side Tenement Museum, the Belgian Bois du Cazier and several other migration sites the Red Star Line Museum is a member of the International Coalition of Sites of Conscience. The coalition is an association of historical sites which try to interpret their historical heritage in a contemporary way.
www.sitesofconscience.org 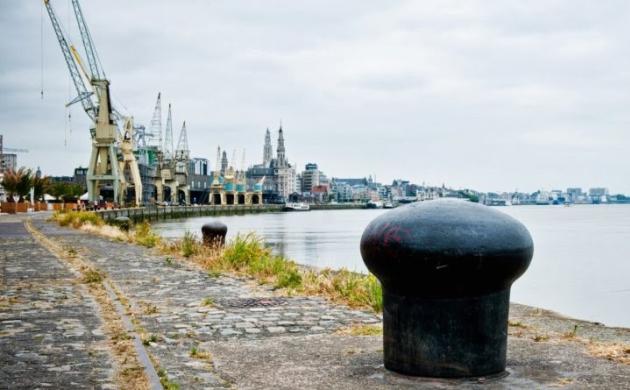 For the founding of the museum, the city of Antwerp could count on the support of many sponsors and partners.