This is a model in cross section of the legendary Belgenland II. It gives a good impression of how life on board must have been in “Upstairs, Downstairs” terms – a place where considerable social contrasts would have been clearly evident.

For some time, passengers classed as “steerage” or “between-decks” travelled on the Red Star Line’s fleet of ships. They were given those names because they lived and slept in close proximity to the ship’s drive shafts. Certainly until well into the 1890s these migrants would have made their crossing in less than enviable surroundings – areas that were poorly lit, noisy, overcrowded and with scarcely any ventilation. Although both Belgian and American regulations existed with regard to such accommodation, inspection on it left much to be desired in practice.

Under pressure of the authorities and the competition, the situation improved during the 1890s, and by the beginning of the twentieth century this “between-decks” accommodation made way for a third class with smaller cabins and separate canteens.

The stories circulating in the press about the conditions on board were sometimes grossly exaggerated. Migrants were not “herded like cattle” and the death rate was not any higher than it would have been on land. Nor did people go without food. A shipping company had a vested interest in passenger health. Sick migrants ran the risk of being sent back from the United States – at the shipping company’s expense. Moreover, word-of-mouth advertising was particularly important, and a business was unlikely to get that if it treated its customers poorly. For example, the third class menu listed a breakfast of coffee, oatmeal and white bread with butter and jam followed by a midday meal of sausage, potatoes and vegetables. In the evening, they were served pickled herring, potatoes, brown bread and tea. The shipping company even introduced a kosher menu for its Jewish passengers. 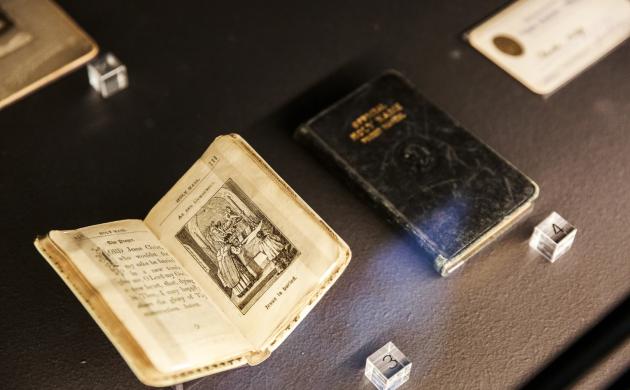 The collection contains historical testimonies and documents, but also contemporary stories about migration. The museum also exhibits works by Antwerp artists for whom migration was an inspiring theme.