I, gypsy. The voyages of Jan Yoors.

Starting from the 25th of September, the Red Star Line Museum will be holding a photo exhibition in The Shed with a selection of photos and films of the versatile Antwerp-New York artist Jan Yoors. For this exhibition, photographer Koen Broos selected photos of Yoor’s travels with the Roma gypsies in the 1930s, of ethnic communities in New York in the 1950s and photos of his trips back to Belgium to (re)visit the gypsies.

Jan Yoors, a versatile artist, was born in 1922 in Antwerp as the son of stained glass painter Eugeen Yoors and poet/activist Magda Peeters. At the age of twelve, Jan Yoors happened upon a gypsy community that had pitched its camp near Antwerp. He joined them and spent several months every year roaming around with them - with his parents’ permission. He took a camera with him, documenting his trips and the lifestyle of the Roma.

During World War II he joined the Resistance. He was tasked with involving the gypsies, who had an innate distrust of the outside world, in anti-German activities. After the war, Yoors ended up in New York, via Great Britain where he knew some of the leading artists of the era (Willem de Kooning, Jackson Pollock) and became famous as a tapestry artist.

He became fascinated by the city’s amazing ethnic diversity, He went on to create a photo book and a film documentary about this, both entitled “Only One New York”, which were subsequently recognised as exceptional time documents. In the decade prior to his death in 1977, Yoors returned to Europe on several occasions to visit his gypsy friends. He wrote two books about his life with the gypsies, “The Gypsies” and “Crossing. A Journal of Survival and Resistance in World War II”.

'I, gypsy. The travels of Jan Yoors.' in the Red Star Line Museum features a selection of Yoors’s photos and films. They include photos made during his travels with the gypsies in the 1930s, photos of ethnic communities in New York in the 1950s, the film “Only One New York” and photos of his trips to Europe and Belgium after the war to (re)visit the gypsies. They provide an insight into his fascination with what he calls “minorities”, as well as highlighting his talent to infiltrate hidden and vulnerable worlds without ever becoming part of them. It is this fascination which prompted him to leave his parental home and journey around Western Europe with the gypsies and which finally led him to the immigrant capital of the world: New York, which he has always considered as an ethnic patchwork rather than as the foremost example of the American melting pot. 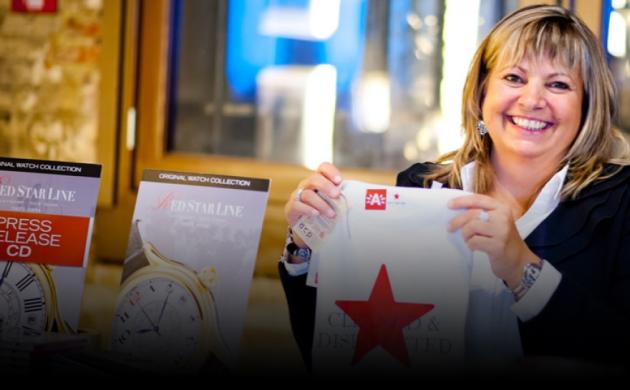 The entrance to the shed is accessible for free. Till 5 PM you can enter the shop and temporary exhibition. Feel free to have a chat at our museum café during the weekend and/or events.