Abram Spiwak decided to follow his beloved Sore to the United States. Although he had no valid papers he attempted to make the journey anyway. Soon after his brothers and sisters also followed in his footsteps.

Illegal refugees have always been part of the picture. Not all Red Star Line passengers arrived in Antwerp with the required papers. Family members  often paid lots of money to human traffickers to buy safe passage for their loved ones. Human traffickers helped Abraham cross the border between Russia and Austria. Things almost went wrong, but thanks to the compassion of strangers on both sides of the ocean, Abram was reunited with Sophie in New York.

Brother and sisters try their luck

The happy ending encouraged Abram’s brother and sisters to try their luck abroad. Brother Rachmiel went to Argentina. Sisters Chava, Rivke, Chane and Gittel all tried to get to America at different times. The United States established immigration quotas in 1921. Gittel, who sailed on the Belgenland in 1923, feared she would not be allowed to enter the country. The fate of Gittel and 1450 other passengers - just as other passengers on other ships - even made headlines in the New York Times: ‘Russians are turned away because the Russian quota has been met. Russians on the ships cry all day long…and friends on the quay were in tears’. Everything turned out well for Gittel. Sophie and Dvore, two sisters that stayed behind in Romania, were not so lucky. They disappeared for good during WWII. 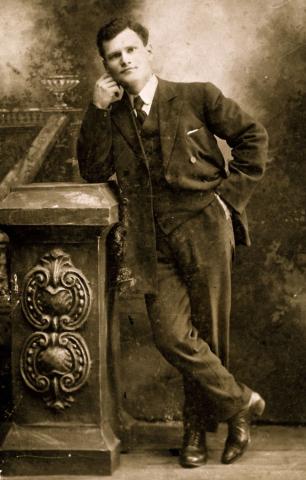 Help writing the story of the museum

Do you have a story that is related to the history of the Red Star Line, a Red Star Line passenger, or to past or contemporary migration? We want to hear it!