Most important item in the collection: the buildings

If the walls of the Red Star Line Museum could speak, they would talk about high expectations and deep disappointments, about adrenaline and sleepless nights, about children that travel to join their family and about families that must leave their children behind. The old Red Star Line buildings make all those emotions and stories tangible, palpable and visible. That’s why the Red Star Line Museum cherishes the buildings as the most precious item in the collection. They were restored with loving care and returned to their original condition. 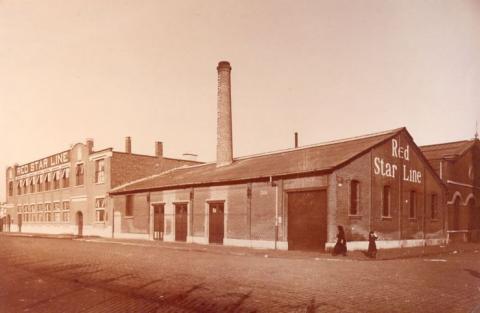 There are three historic harbor sheds on the Rijnkaai at 't Eilandje in Antwerp, just before the bend in the Scheldt River. They were once the property of or were used by the Red Star Line shipping company. The emigrants underwent medical examinations and administrative checks and their baggage was disinfected.

The Red Star Line buildings, on the corner of the Rijnkaai and the Montevideostraat, are protected monuments. The Flemish government acknowledged the historic and architectural value of the complex. Both buildings were classified as protected monuments in two stages.

The new Red Star Line Museum is made up of four buildings. Each of them forms a separate architectural entity. There are three historic buildings (the warehouse, the corner building and the main building) and one new building: the tower. 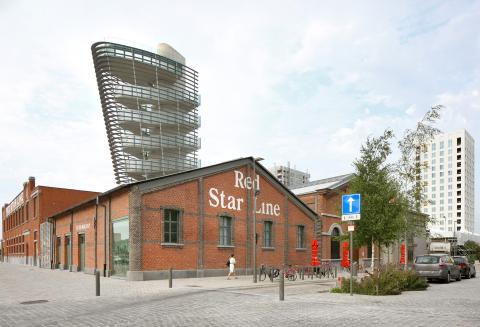 The oldest building is the small museum building. It is a simple warehouse in red bricks with a surface area of approximately 400 m². The shipping company built the warehouse in 1894 after complaints about a lack of accommodations for the emigrants. Until that time, the medical examinations took place on the quay: summer and winter, in all weather conditions.

Despite the new warehouse, people continued to complain because inspections still took place outdoors. The building was much too small for the hundreds of migrants who had to be examined just before departure in only a few hours’ time. 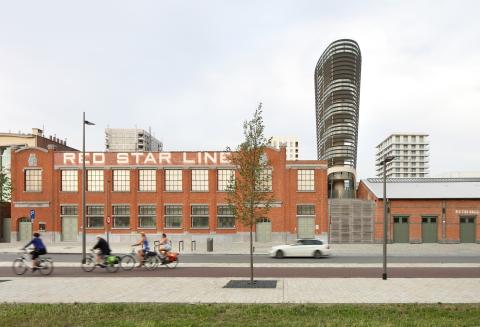 The American government drastically reduced the immigration figures after World War I. In that same period, the Red Star Line built a new building on the Rijnkaai. The shipping company probably wanted to respond to the growing number of candidate migrants who required administrative and medical examinations.

The main building, approximately 800 m², is the most prestigious and architecturally interesting building. It was erected around 1922 in a sober Art Deco style based on a design by Jan Jacobs.

The corner building and the main building functioned as one unit, with a bathing area where men and women could shower in separate areas, a separate hall with disinfection kettles for the clothing, two waiting rooms and a hairdresser. 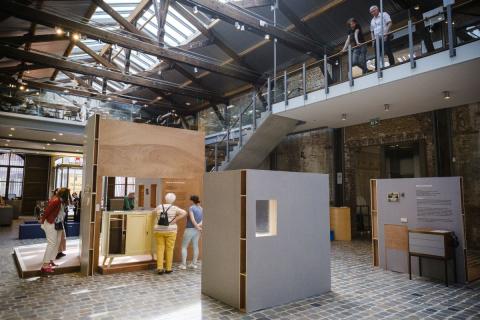 A few years before World War I the city of Antwerp built De Loods in the Montevideostraat. It is a large, high and deep customs shed, about 550 m², with a narrow, charming brick façade. This shed was probably used by the Red Star Line as a depository for the baggage after it was disinfected. 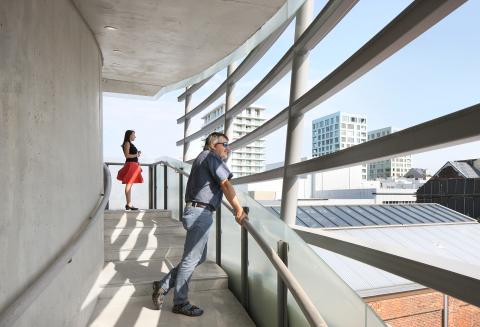 The high chimney of the Red Star Line building was an orientation point for thousands of passengers who sought to find their way from the Central Station to the Scheldt quays from the early 1920s to 1934. It was a vertical beacon indicating that the voyage across the ocean beckoned. The dream of a new life in America was one step closer.

The smoking chimney was torn down in 1936 and Antwerp’s skyline lacked the historic, vertical presence of the Red Star Line. A new tower was built during the restoration works. It links the Red Star Line Museum with the water and the place on the quay where the ships departed. The lookout tower reflects the experiences and the emotions of the travellers who looked out over Antwerp from the lofty Red Star Line ocean steamers.

The harbour sheds on the Rijnkaai were the last stop on the European continent for many Red Star Line passengers. Today, the site is one of the few remaining physical witnesses of the exodus of tens of millions of Europeans to the New World. The designers have taken full advantage of these historical assets. 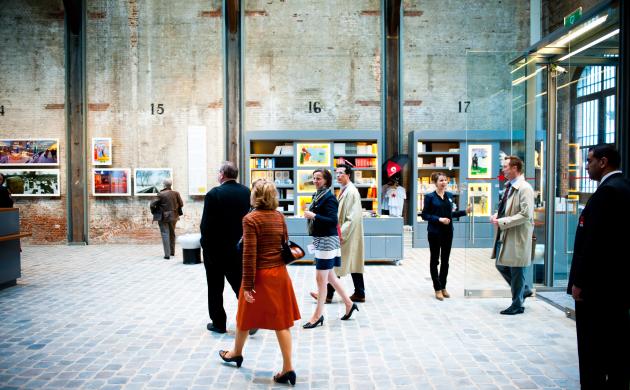 Foundation of the museum

The idea for the museum was launched in 1992. Since then several partners have come aboard on this project.

The historic harbour sheds are silent witnesses to the story of the millions of Red Star Line passengers. We consider them part of our collection.