Starting from 1894, the Red Star Line built some harboursheds on the Rijnkaai (Rhine Quay) which it used chiefly as a control centre for departing third class passengers.

From 1894, the Red Star Line built a number of harbour sheds on the Rijnkaai, which it used primarily as a control centre for departing third class passengers. Those who were rejected in America had to return to Europe at the shipping company's expense.

The site consists of three buildings taking up a total area of almost 2,600 m². The oldest one appeared in 1894, following years of complaints. Until that time, medical check-ups were performed in all weather conditions under hangars on the quay and were thus uncomfortable and inadequate. However, the complaints persisted because the new building proved to be far too small for running check-ups on hundreds of migrants within barely an hour’s time.

A few years before the First World War, the city of Antwerp built a large and lofty shed in Montevideostraat for customs service. The Red Star Line may have used this for storing luggage.

In 1922, the shipping company had the largest and most prestigious of these buildings built on the Rijnkaai in an austere art deco style. Bathing facilities were installed, where men and women could shower following separate circuits and where their clothing could be disinfected. Immediately before their departure, third class passengers were disinfected, given a medical check-up and had their papers examined. This building was erected at a time when the United States was drastically scaling down immigration and also at a time of more stringent administrative and medical inspection. 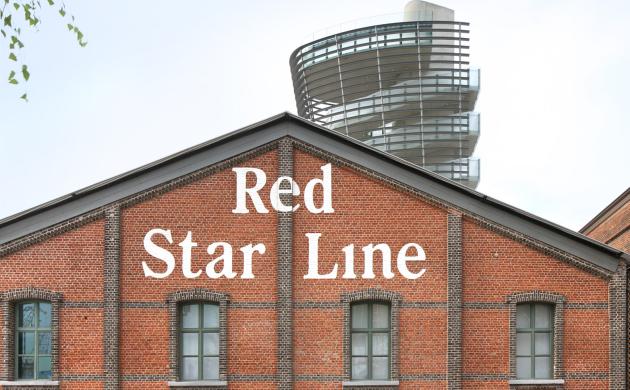 The original buildings of the shipping company were carefully restored. The new tower reflects the experiences of the former travellers, who looked out over Antwerp from the towering ocean steamers.